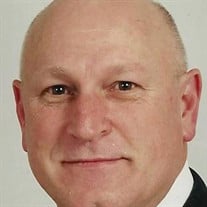 Ronald Edward Kirkland, Guntersville, AL On December 7, 2020, Ronald Edward Kirkland, age 76, moved into his heavenly home. He made this transition peacefully and was delivered into the comforting arms of his Lord and Savior. He was affectionately known as “RK” to his friends and business associates, of whom there were many. Those fortunate enough to be his family members knew him best as Dad, Pop, or Ronnie. Ron was born on November 29, 1944 in Geneva, Alabama. For most of his working life, Ron was affiliated with sales and executive leadership. Ron joined Aflac in 1975 and served in nearly every role in the corporate sales hierarchy, including National Director of Sales. During his decades-long career, Ron was most proud of his 2019 induction into the Aflac Hall of Fame, an honor bestowed on a select few of the corporation’s legendary employees. Ron was a gentle man whose laugh was contagious and whose jokes were often silly. However, there was always a hint of wisdom embedded in almost anything he said. His kind heart and strong sense of humanitarianism were reflected in the countless selfless acts he so frequently and silently performed. Often, he would make personal sacrifices so others could travel a less difficult road. Throughout his life, he became a mentor to thousands of business associates, who still consider him to be the dynamic inspiration behind their success. He motivated others, drawing on his own experiences to guide his colleagues around potential pitfalls while achieving their goals. He never took sole credit for his victories, but rejoiced in sharing the “win” with his team. Ron was always solicited for advice and counsel from those who recognized his trustworthiness and wisdom. He was beloved by people from all walks of life, and made each person he met feel as if there was no one else more important to Ron. He was a stranger to no one and a friend to all. Beyond all his impressive character traits, he was first and foremost a man of God, willing to teach God’s Word through conversation or by example. His deep love for his family was evident in every action Ron took. He leaves behind his beloved wife of 57 years, Jo Ann Crosslin Kirkland. He is survived by three children: Ronald Lee Kirkland of Brentwood, Tennessee; Shane Kirkland (Erin) of Killen, Alabama; and Josh (Colleen) Kirkland of Alpharetta, Georgia as well as his precious grandchildren: Briana Kirkland of Dumfries, Virginia; Zachary Kirkland of Florence, Alabama; Grant (Harley) Kirkland of Anacortes, Washington; and Coen, Kaleb, and Ava Laws of Alpharetta, Georgia. He is also survived by his sister-in-law, Mary (Sam) Gaines of Knoxville, Tennessee. He leaves a host of cousins, nieces, nephews and devoted friends nationwide. Ron was preceded in death by his dear mother, Nell Fowler Armstrong. Free Life Worship Center, located at 255 North Main Street, Boaz Alabama, will host the family’s receiving of friends on Tuesday, December 15, 2020, between the hours of 11:00 am and 1:00 pm CST, with funeral service to immediately follow. Interment will be at Memory Hill Cemetery located at 5937 US Highway 431, Albertville Alabama. Pastor Jeff Stanford will lead the funeral services. The service, beginning at 1:00 pm CST, will also be livestreamed at Free Life Worship Center’s Facebook page https://www.facebook.com/freelifeworship In addition to the traditional services there will be a memorial service at Free Life Worship Center to celebrate the iconic life of Ron Kirkland within the next few months. Details to follow. The family would like to thank the thousands of people who offered prayers for Ron and the family. We are grateful for the dedication and kindness shown to Ron by the professional caregivers at Marshall North Hospital. Finally, we are grateful to Ron’s Free Life Worship Center family who so selflessly provided support to the family during the past weeks and days. “But those who hope in the Lord will renew their strength they will soar on wings like Eagles. They will run and not grow weary, they will walk and not be faint.” ~ Isaiah 40:31

The family of Mr. Ronald Edward Kirkland created this Life Tributes page to make it easy to share your memories.

Send flowers to the Kirkland family.